Can You Overdose On Nicotine?

One of the greatest things about vaping, a smoking cessation, is that we can choose our own preferred nicotine strength, as e-liquids come in a wide range of nicotine concentrations. This means that unlike smokers, vapers can decide how much of this nicotine replacement tool they wish to consume per puff. Such a wide array of options helps keep vapers off of cigarettes, as they can customize their experience using an electronic cigarette to maximize their chances of feeling satisfied without needing tobacco. Vaping serves as a replacement therapy for traditional cigarettes and is deemed to be a healthier alternative.

But some vapers wonder if there’s such a thing as too much liquid nicotine when using an e-cigarette and that’s a completely valid question. Nicotine, as we know, is an addictive substance, and most addictive substances out there can cause an overdose if they’re consumed in too high of a volume. So, the question is: can you overdose, hence is there a lethal dose?

Overdosing on Nicotine: Can It Happen?

Here’s the thing: studies have shown that 60mg is the amount of nicotine that could be fatal to a human if consumed all at once. Now, we know what you’re thinking. Your salt nic e-liquid could contain 60mg, so how's it possible that your vaping hobby doesn’t come with the risk of killing you?

Well, it all has to do with how the nicotine absorbs in the body. During traditional cigarette smoking, your body only absorbs 10 percent of the nicotine that’s present in the tobacco. The same goes for vaping – we’re not actually consuming every single milligram of nicotine that’s in that vape juice. Also, it's smokeless tobacco.

The studies that have found that 60mg of nicotine being deadly are referring to the ingestion of the nicotine, rather than the inhalation of it. So yes, drinking 60mg of pure nicotine could kill you.

Therefore, to put your mind at ease, it’s highly unlikely that you can fatally overdose from vaping, if not impossible altogether. If it were likely, you’d hear about it happening in the media.

What is Nicotine Poisoning?

Now, nicotine overdosing is not to be confused with nicotine poisoning. Nicotine poisoning, which has a pretty misleading name, is a physical response to inhaling too much nicotine in a short period of time. Typically, nicotine poisoning involves a short-lived series of symptoms that are unpleasant, to say the least. Symptoms can include dizziness, vomiting, headache, high blood pressure, fast heart rate, dehydration, shaking and disorientation. Many of us can recall experiencing mild nicotine poisoning when we first began consuming the compound.

So, how much nicotine do you have to inhale in order to experience nicotine poisoning? Well, a lot, to say the least. However, the exact amount varies from person to person. It largely depends on a person’s body weight, tolerance to nicotine and levels of electrolytes within the body, as well as how much water and food they’ve consumed that day.

It’s also worth pointing out that the name can be a bit misleading, as we often associate poisoning with fatality. Nicotine poisoning does not mean that you are at risk of dying.

How Nicotine Poisoning Relates to Vaping

When we talk about nicotine poisoning, we often think about people who are smoking cigarettes for the first time and don’t have the tolerance to handle the high volume of nicotine that’s in tobacco. However, it relates to vaping as well. Like we said, with vaping, we can choose how much nicotine we want in our vape juice. A person who goes with a nicotine strength that’s far higher than what they’re used to consuming on a daily basis is at risk of experiencing nicotine poisoning.

How to Avoid Nicotine Poisoning While Vaping

Now that you know about nicotine poisoning, it’s time to talk about the ways to prevent potential poisoning symptoms from occurring. While it likely won’t kill you, it can still be extremely unpleasant, as it can last for a few hours and the symptoms can be quite severe.

How to avoid nicotine poisoning when vaping

The best way to avoid nicotine poisoning is to go with the right nicotine intake for your needs. It’s not recommended that you go with the highest nicotine dose that’s available if you’re starting to vape for the first time. It’s best to start at a medium level and work your way up if you don’t feel that your current nicotine strength is satisfying you.

Make the Right Decision Regarding Salt Nic vs. Freebase Nic

Remember that nicotine salts are more potent than freebase nicotine. So, choose between the two based on how much nicotine your body is used to consuming on a daily basis. If you are getting nicotine withdrawal symptoms from regular freebase nicotine, you may need to consider salt nicotine which provides a stronger nicotine delivery.

Chain-vaping can cause nicotine poisoning if you don’t give your body a break. It's best to allow some time between hits to avoid high volumes of nicotine consumption over a short period of time. If you enjoy vaping for the vapor, consider non nicotine vape juice!

Know When to Stop

If you start to feel like you’re experiencing the symptoms of nicotine poisoning while you’re vaping, such as dizziness, nausea or uneasiness, put your device down and come back to it later. Basically, too much nicotine exposure at one time can be a bad thing.

While It’s Technically Possible to Fatally Overdose on Nicotine…

It would require consuming a large amount of nicotine orally, which really has nothing to do with vaping. However, as a vaper, you can experience what’s known as nicotine poisoning, which is taking in too much nicotine at one time. To avoid dealing with the unpleasant symptoms associated with nicotine intoxication, use this guide to make sure that you’re consuming just enough vape nicotine to feel satisfied. Ultimately everybody is different and has different tolerances. Trust your body and how you feel. Ignore any of those misleading references out there telling you exactly how much you should be vaping each day. Alternatively, if you want to avoid nicotine juice completely, consider a CBD infused vape juice. These juices contain Cannabidiol (CBD) instead of nicotine. If you want to try CBD vape juice that's safe as a standalone alternative, feel free to do so and let us know what you think.

We are running a free e-liquid promotion for a limited time in 2019. Vapebox offers e-juices and hardware that you'll need to start vaping. Check out our selection of box mods, vape batteries, vape tanks, vape starter kits, and more!

Ryan is a writer at Vapebox. He fully converted to vaping in 2014 and has been educating new vapers ever since. 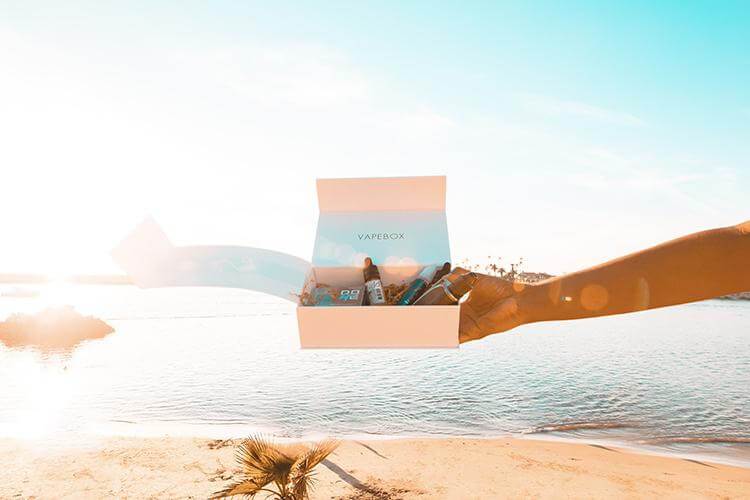 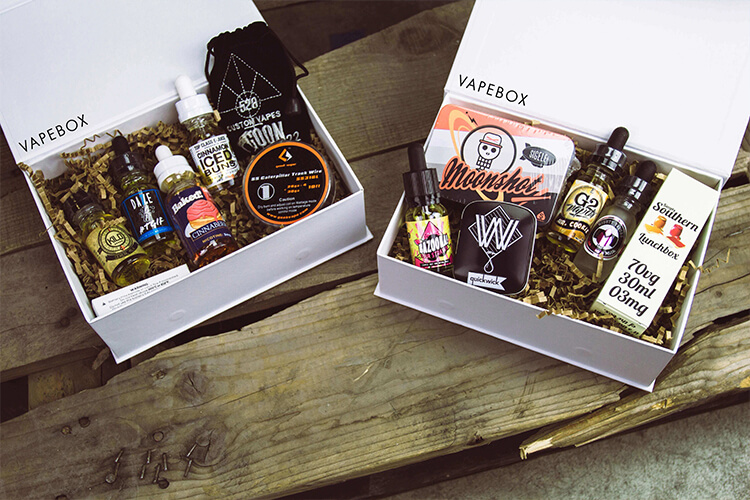 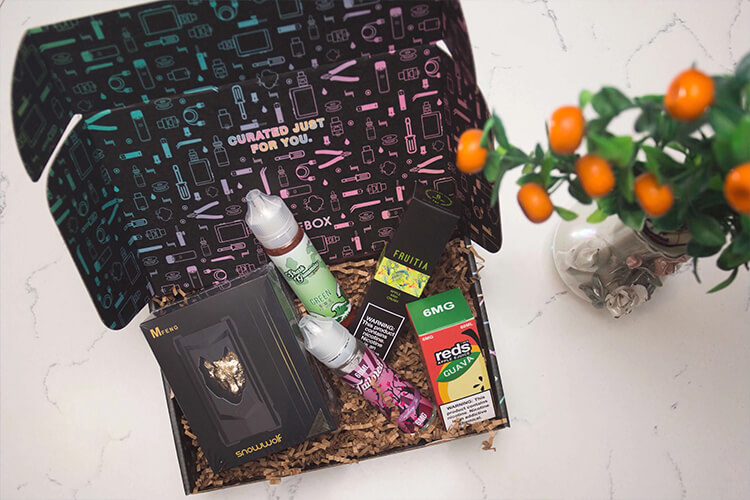 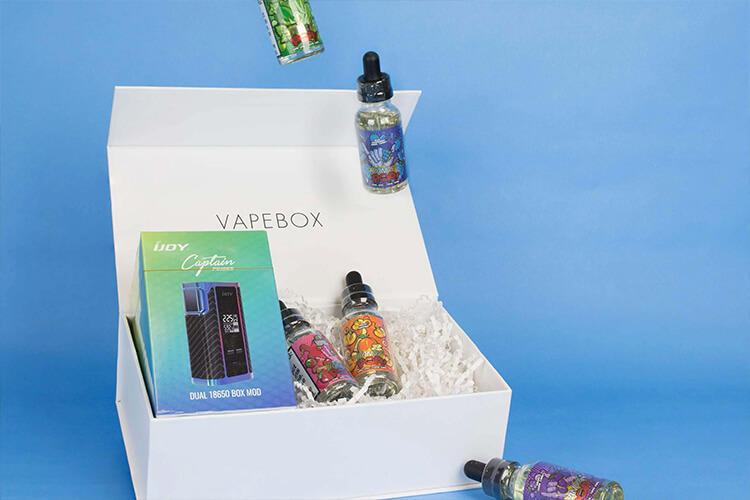